I’ve been doing a lot of that introspection and mediation on my life, my directions and the world at large (that can’t be totally ignored as it tends to create the currents that keep you in place or spill you into the maelstrom.).  One question that keeps coming to mind is “What makes me Happy?”. Last night I came to the conclusion that its not any ONE thing.  Lots of things make me happy, but nothing ever lifts my soul to new heights as alluded to by so many of those ubiquitous self-help books.   My happiness is. derived from building things, or repairing things to functional or re-purposing ‘junk’ into something useful.  Its not one ‘thing’ but a series of several aspects: learning, application, achievement.  Learning has always been the core value there, because without the knowledge, the rest is impossible.

I am thankful that my mind still works as well as it does (started seeing some slipping of the gears with memory, but I think that is more that the banks are full and stuff needs re-organized.   This processor is 53 years gone,,,)

The problem with my core happiness?  It’s strictly a ‘service to others’ for prosperity.   Learning does me little except to apply it to helping others,   Not that this is a bad thing, but it doesn’t always keep the coffers full enough to justify continued efforts.  Which means ‘get back to work and earn the ducks so I can get back to learning.   It’s a reciprocating thing: Up, down up down….     Could be worse I guess; I could have the up-down cycle of a junkie,,,    Thank the small gods that my addictive personality chose knowledge over drugs.   And yes, I am a knowledge junkie.   Like I mentioned to a friend in some messages awhile back; “Why is it I know so much trivial bullshit that somehow proves useful?”  Maybe it has something to do with my growing up reading books like “Encyclopedia Brown”. Anybody else recall that series of pre-teen books? Dunno, I only know that ignorance is unacceptable in my world and must be corrected when found.   I admit there are times where the expanse of what needs learned is out of range; such as higher maths.   I have to start back at the basics to ‘get’ some higher levels because I just don’t use the essentials enough in a day to day.  But, I don’t need the higher maths to have a decent understanding of the concepts,  I have enough background in physics to ‘see’ why perpetual motion can’t exist, and don’t need to the higher maths for that.   Explaining it to others may take some word juggling, but I can usually get the point across.   Maths are great for reaching understanding, but even advanced mathematicians will say that the math is not reality, just a tool to explain it.

I am thankful that I was discouraged from pursuing a highly focused discipline in my younger years.  It allowed me to spread out and learn more of the world.   Specialization is for insects.

Happiness is subjective, I think we can all agree on that broad statement,  Being an INTJ, my happiness tends to look like work to others.  I revel in making things operate smoother, more efficiently.  I admire the tools of yesteryears in their simplicity, longevity, and pure function with asthetic appeal in design.   Look at the swooping lines of an old Lathe or Drill press and you see the engineer was also an artist.  The lines are artistic, but fully functional in their support of the whole; A living sculpture in a sense. 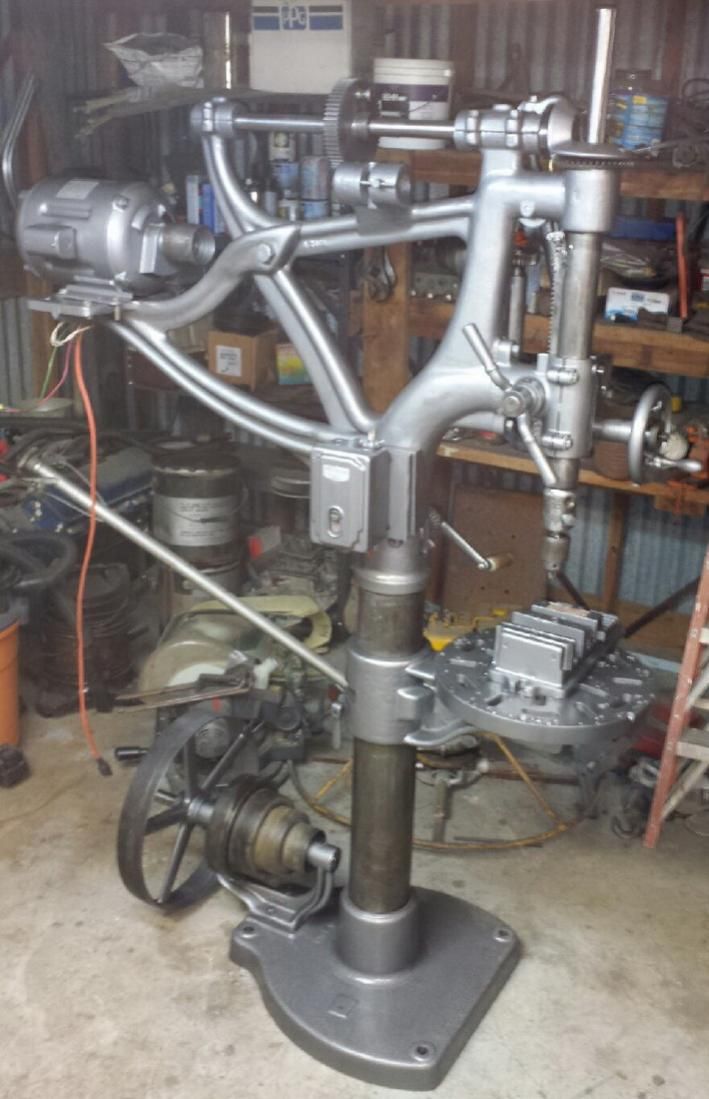 Nothing wasted, nothing un-needed, pure function with the simplest approach.   I admire that.   I have an old post about that very thing and how the old tools have character and spirit that the modern tools lack. Even though the modern tools may have better tolerances, they don’t have that something that makes the old tools special.  And the modern tools just don’t seem to last.  ( one thing that does NOT make me happy is the whole “planned obsolesce” crap that has become so much apart of our world.   But I digress.). Old tools are what led me to learn metal casting, not that I wanted to make them, but that sometimes, being able to make parts from the raw is the only way to keep them alive.

And my world moved on,,,

Writing,   Writing has become a happiness in my world.   Writing fiction, and yes, I am still striving on a sequel, fills niches I didn’t know existed.  I can write worlds that have nothing to do with the mess of our world today and they are complete by themselves, at least for one book, maybe two.  (and thats the trouble with Wings, it was TOO based in our world to grow its own wings.  And the world moved on without it. and why I am struggling with its sequel.). Part of me wants to just ‘write it off’ and move on to other things, but I feel that somehow, it needs completed; Even if I have to kill off every character in some fiery finale, it needs closure.   Sorta like our world today needs some closure, not this perpetual quagmire of ineptitude that we are witness to.  Seriously, the engineers and scientist of the early 1900’s would be smacking peeps around if they fell into our timeline.  The politicians of that time would be drooling, but not the gearheads that made our world what it became.

Apologies, I am trying to NOT hit the mess outside, instead focus on my THANKS.

I am thankful that I can see many facets of the world, not just one.

I am thankful that I live in a world of Abundance the like could never be predicted in yore.

I am thankful that my Da is still with me this Thanksgiving day.    I know that his time on this space time is short, he knows it as well.  But I now have a chance to prove to him just how influential he was and that his efforts weren’t wasted.  For that, I can’t raise the voice loud enough in thanks.

I give thanks that there are people in this world that accept me, as I am, with all my downfalls and crappy self-esteem that creeps out and rears its ugly face on occasion.   Bruce and Tonya, you are valued far more than you likely will ever know, or be shown, but I do value your friendship and vicarious mentorship you provide me.

I give thanks to the commenters I can’t link here, You know who you are.  Thank you.

I give thanks to those in my past that shan’t be mentioned.  without your backstabbing, I wouldn’t have learned as much, so I thank you as well.

Now, Y’all get out there, practice one of the seven deadly sins for the day, and enjoy that we aren’t in the shooting war YET.

And for that I am thankful as well.  No other words needed there.

This entry was posted on November 25, 2021 by diogenesoftherifle. It was filed under Uncategorized .