Such a simple question, and yet one that hasnt any single simple answer.

Or maybe there is one simple answer,,, I guess it has more to do with being completely and totally honest with myself first, huh? (What follows is completely out of character for me and first negative comment, the whole damned thing will be obliterated into electron hell. I don’t open up like this normal.)

To answer in its simplest form, I’m lonely. I have my babies in my four feets, but have ya ever tried to have a conversation of metaphysical or spiritual concepts with a Mamakat? Her response usually a yawn, and dig the meathooks into a thigh saying with a tail flick, “silence hooman, trying to nap here!” And the response from littles is even more exasperating,,,

Voo is one hell of a listener, if the conversation has lots of words that end in IE. Walkies, cookies, etc. He’ll sit there and cock his head from side to side, totally absorbed in what you are saying (listening for the words he wants to hear) but, yeah, not much of a conversationalist.

And I am an INTJ. It takes a lot for me to open up to people (I have the barrier of internet anonymity as ana dvantage here on blog, so the walls get breeched more often), and while I have some friends here locally (as in 1 1/2 hour drive one way local 🙄) I have no one in the immediate area ‘to bullshit with’. I’ve tried, I’ve been here for 11 years and oh how I have tried. I want to forwarn those that would choose Appalachia as a retreat that you will never be accepted, only tolerated at best. I have a slight advantage in my dad being from here, but even he has found that having lived elsewhere for 40 years, that he is not accepted easily. And to hammer this point home, the people I call friends that are that distance away, aren’t from here either. They have said similar about the locals.

Note please, this is not me making excuses, this is eleven years of thwarted efforts, and yes, there is a certain amount of pickiness in my efforts: by that I mean, I don’t want my list of friends to be theives and meth-heads, and there is plenty of that to go around here as well. Ever tried to discuss mechanical engineering with a meth-head? Or boat building with a person zoned out on xanax?

Yeah, maybe its just me, but I refuse to lower the bar THAT FAR. I’m a big advocate of “your are the average of the five closest people in your life” and I have no intention of dropping the average that low. It might *snort* work for the education system, but not me.

But thats only part of the unsettling: mind you it is a rather large chunk of it. The other part is that I may be upping stakes and moving, but the last 11 years of build up won’t be going with. Some, not all. The house already has a tentative buyer, and I will likely sell off some of the bulkier things I have. But “when” has not been set in stone and that leaves me feeling without foundations. Hard to make short term/long growth plans when you don’t have defined dates. I don’t like feeling so fluid. (That INTJ thing again.)

This may be that leap of faith I sometimes mention. I’ve made them before and I always learn from them, and sometimes gain ITRW things, but its that ‘first step ‘ thats always the hardest. And it may be the opening of a door into a brighter future (wrings hands, pleading ‘please, universe,,,,’). And yeah, I have heard it. I have said it, and we all know its BS with a grain of truth, that “the right person will find yiu when you least expect it.” Sorry, gettin’ a little long in tooth and my patience is wearin’ thin, and the last thing I want is to be that lonely ol dood that the neighborhood is cautious about ’cause lonely ol men have gained a bad reputation in modern times. And I really don’t wanna be the ‘crazy cat dood’ and lets face it, I’m fast on that on-ramp with my four feets.

And then we toss in the upheavals of society right now and, yeah, unsettled might be a bit understated.

So there it is, but by no means all. What? You thought I was gonna tear ALL the walls down? Snortsnickerchuckle. Yeah, right!

More later: some things going on in the bigger picture that I want to pick apart.

This entry was posted on June 15, 2021 by diogenesoftherifle. It was filed under Uncategorized . 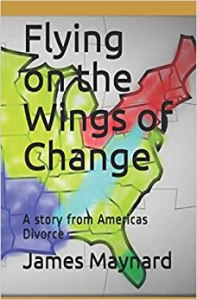